Liposuction is used to remove fat from areas of the body that haven't responded to diet and exercise, such as the:

In addition, liposuction is sometimes used for breast reduction.
When you gain weight, fat cells increase in size and volume. In turn, liposuction reduces the number of fat cells in a specific area. The amount of fat removed depends on the appearance of the area and the volume of fat. The resulting contour changes are generally permanent — as long as your weight remains stable.

To be a candidate for liposuction, you must be in good health without conditions that could complicate surgery — such as restricted blood flow, coronary artery disease, diabetes or a weak immune system.

Before liposuction, the surgeon may mark circles and lines on the areas of your body to be treated. Photos also may be taken so that before and after images can be compared.

How your liposuction procedure is done depends on the specific technique that's used:
Tumescent liposuction. This is the most common type of liposuction. The surgeon injects a sterile solution — a mixture of salt water, which aids fat removal, an anaesthetic (lidocaine) to relieve pain and a drug that causes the blood vessels to constrict (epinephrine) — into the area that's being treated. The fluid mixture causes the affected area to swell and stiffen. The surgeon then makes small cuts into your skin and inserts a thin tube called a cannula under your skin. The cannula is connected to a vacuum that suctions fat and fluids from your body. Your body fluid may be replenished through an intravenous (IV) line.

Ultrasound-assisted liposuction (UAL). This type of liposuction is sometimes used in conjunction with tumescent liposuction. During UAL, the surgeon inserts a metal rod that emits ultrasonic energy under your skin. This ruptures the fat cell walls and liquefies the fat for easier removal.

The surgical team will monitor your heart rate, blood pressure and blood oxygen level throughout the procedure. If you feel pain, tell your surgeon. The medication or motions may need adjustment.

The procedure may last up to several hours, depending on the extent of fat removal. After the procedure, the surgeon may leave your incisions open to promote fluid drainage. If you've had general anaesthesia, you'll wake in a recovery room. You'll typically spend at least a few hours in the hospital or clinic so that medical personnel can monitor your recovery. If you're in a hospital, you may stay overnight to make sure that you're not dehydrated or in shock from fluid loss.

Expect some pain, swelling and bruising after the procedure. You may need to wait a few days before returning to work and a few weeks before resuming your normal activities — including exercise.

Your surgeon may prescribe medication to help control pain and antibiotics to reduce the risk of infection. You also may need to wear tight compression garments, which help reduce swelling, for a few weeks. During this time, expect some contour irregularities as the remaining fat settles into position.

After liposuction, swelling typically subsides within about four weeks. By this time, the treated area should look less bulky. Within several months, expect the treated area to have a leaner appearance.

Liposuction results are generally long lasting as long as you maintain your weight. If you gain weight after liposuction, your fat distribution may change. For example, you may accumulate fat around your abdomen regardless of what areas were originally treated. 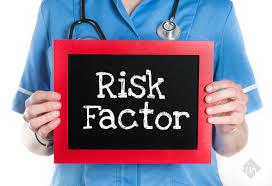 As with any major surgery, liposuction carries risks, such as bleeding and a reaction to anaesthesia. Possible complications specific to liposuction include:

Contour irregularities. Your skin may appear bumpy, wavy or withered due to uneven fat removal, poor skin elasticity and unusual healing. These changes may be permanent. Damage beneath the skin from the thin tube (cannula) that's used during liposuction may give the skin a permanently spotted appearance.

Fluid accumulation. Temporary pockets of fluid (seromas) can form under the skin. This fluid may need to be drained with a needle.

Numbness. You may feel temporary or permanent numbness in the affected area. Temporary nerve irritation also is possible. Infection. Skin infections are rare but possible. A severe skin infection may be life-threatening.

Internal puncture. Rarely, a cannula that penetrates too deeply may puncture an internal organ. This may require emergency surgical repair.

Fat embolism. Pieces of loosened fat may break away and become trapped in a blood vessel and gather in the lungs or travel to the brain. A fat embolism is a medical emergency.

The risk of complications increases if the surgeon is working on larger surfaces of your body or doing multiple procedures during the same operation. Talk to your surgeon about how these risks apply to you. 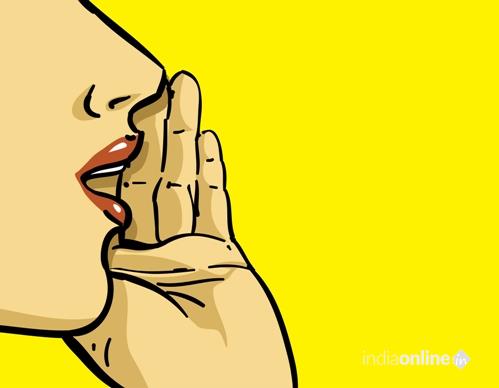 Before the procedure, discuss with your surgeon what to expect from the surgery. Review your medical history, list any medical conditions you have, and tell the surgeon about any medications, supplements or herbs you're taking.

If your procedure requires the removal of only a small amount of fat, the surgery may be done in an office setting. If a large amount of fat needs to be removed — or if you plan to have other procedures done at the same time — the surgery may take place in a hospital followed by an overnight stay. In either case, arrange for someone to drive you home after the procedure.
Appointment

Do you want to receive special deals and offers from

Daily Download limit reached! Do you want to alert to receive Catalogue?

Kindly enter your registered Email ID to retrieve your password